Daniel Dahl, The University of Queensland, Australia - “Spatial Manipulation of Light with a Multi-Plane Light-Converter “

The University of Queensland, Australia

Spatial Manipulation of Light with a Multi-Plane Light-Converter

A multi-plane light-converter (MPLC) is a relatively new device, whose primary function is to reshape an optical field. For example, a Gaussian spot from a laser could be passed into the device and shaped into an image of a happy PhD student who has just passed their confirmation. An MPLC can reshape its input beam by cascading the beam through a series of spatially patterned phase elements called phase masks. The concept of passing light through multiple optical elements to achieve a desired optical output is employed all around us, in camera objectives, telescopes, microscopes and many more. These examples and most others use simple phase elements such as lenses that limit their ability to reshape an input field to an arbitrary output field. An MPLC on the other hand has no limit in the complexity of its phase elements, essentially allowing it to reshape any optical field into any other optical field, making it a versatile optical device.

An MPLC has been used in the fields of: telecommunications as a spatial mode sorter, quantum communication as a high dimensional quantum gate and most recently as part of an optical time reverser. These examples show the potential of the MPLC as being a general-purpose optical device, however, due to its relative newness the full capabilities of the device are yet to be tested and fully determined. The major focus of my research has been to develop two new uses for the MPLC, specifically as a high dimensional quantum gate generator and as a device that can perform single shot amplitude, phase, and coherence measurements on arbitrary beams (this is a known as a high dimensional stokes space spatial beam analyser).

Daniel received a bachelor’s degree in science with honours majoring in physics from The University of Queensland in 2018. In 2019, he changed to the light side of science and began his PhD in photonics, under the supervision of Dr. Joel Carpenter. His interests include spatial manipulation of light, multi-plane light-conversion and making computer simulation go as fast as they can. 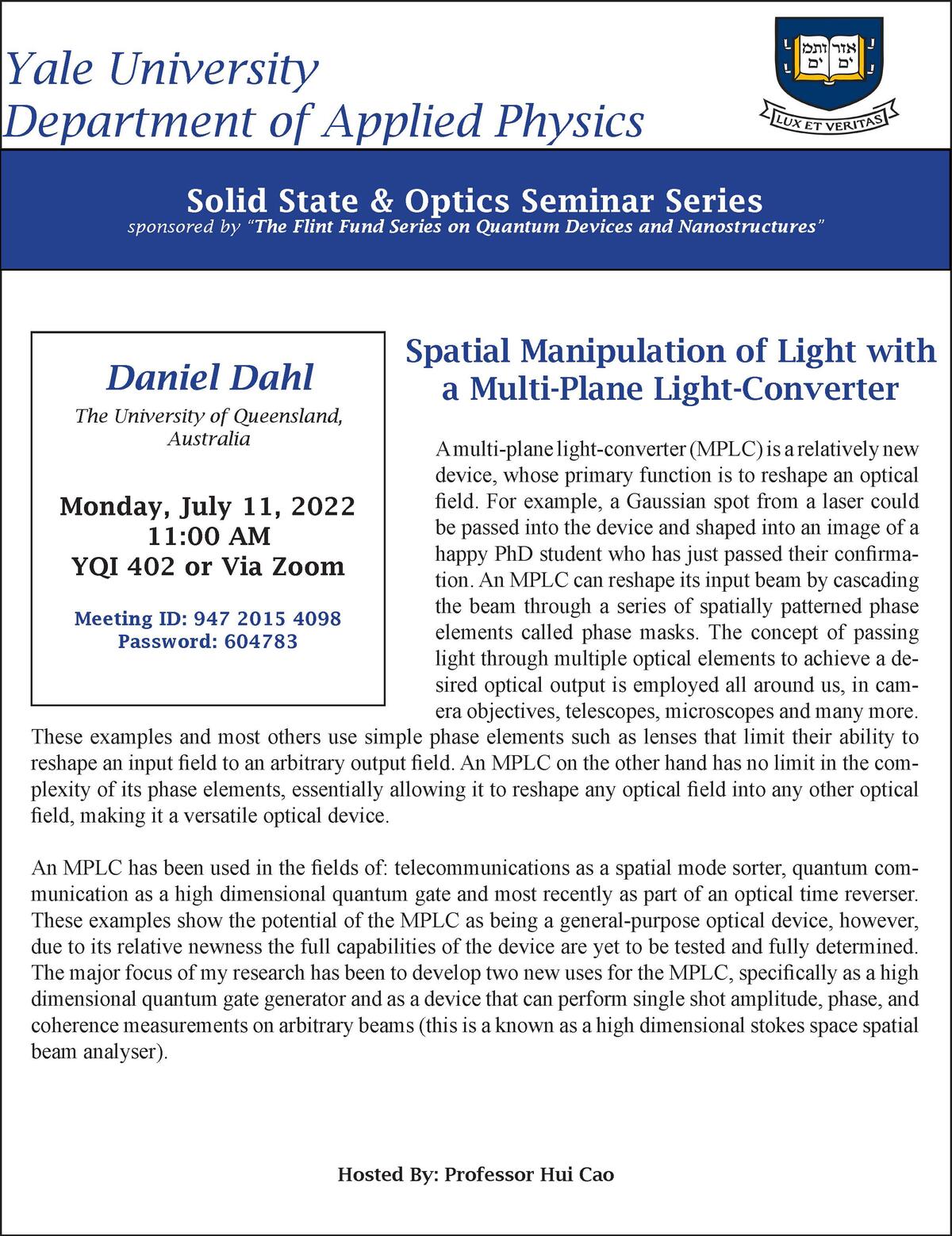