Controlling the transmission of electrical current using a quantum point contact (QPC) constriction paves the way to a large variety of experiments in mesoscopic physics. Using two closely spaced QPCs, I will show that it is possible to unveil the internal edge state structure of the nu=2/3 and nu=3.5 states. Furthermore, the increasing interest in heat transfer in such systems fosters questions about possible manipulations of quantum heat modes that do not carry net charge (neutral modes).

Here, I will present the transmission of upstream neutral modes through a quantum point contact in fractional hole-conjugate quantum Hall states. Employing two different measurement techniques, we were able to render the relative spatial distribution of these chargeless modes with their charged counterparts. In these states, which were found to harbor more than one downstream charge mode, the upstream neutral modes are found to flow with the inner charge mode - as theoretically predicted. Finally I will show that in its spin-unpolarized flavor, the nu=2/3 state presents a charge current flowing against the chirality over distances of several microns. 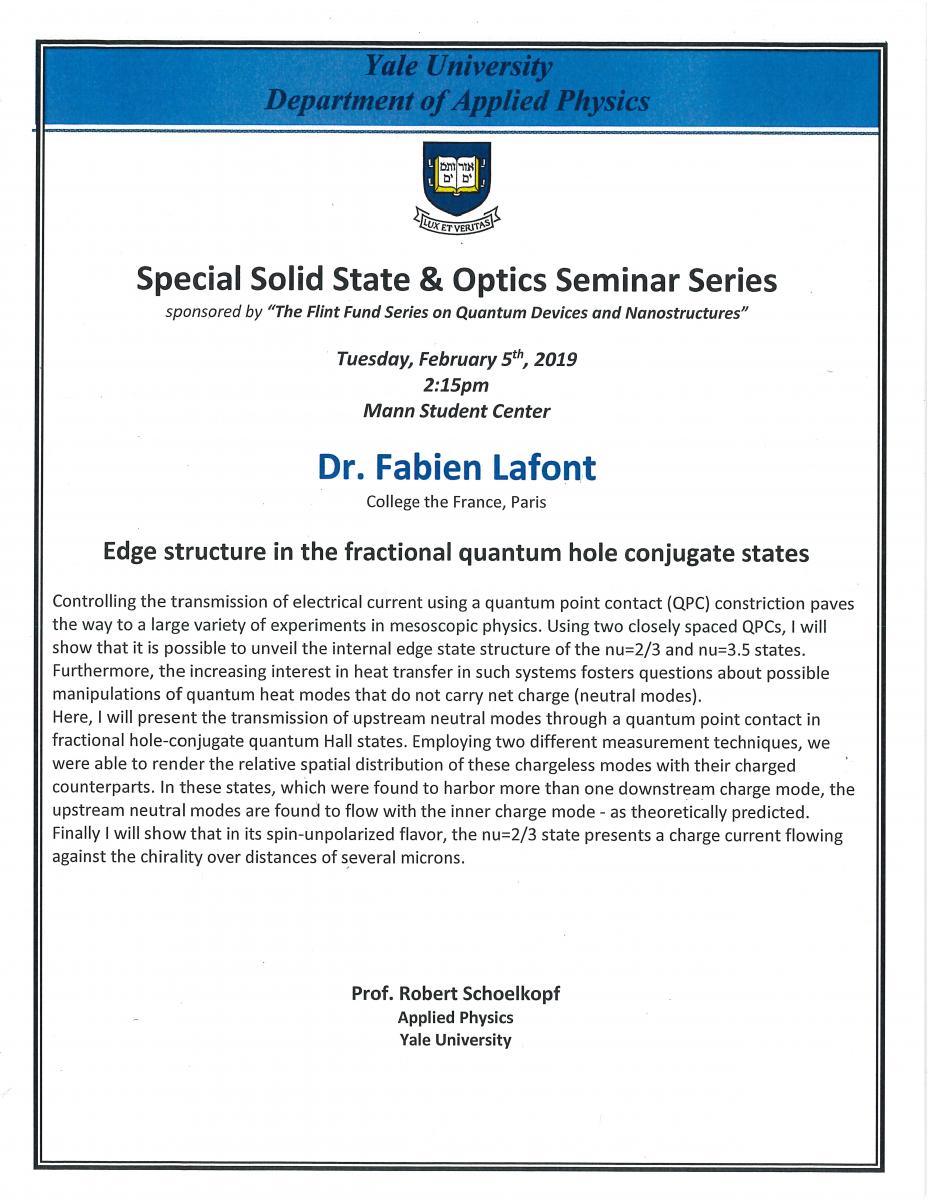