Shaping the Wavefront of Entangled Photons

The Hebrew University of Jerusalem

Shaping the Wavefront of Entangled Photons

Quantum technologies hold great promise for revolutionizing future photonic applications, such as cryptography, spectroscopy, sensing and imaging. Yet their implementation in real-world scenarios is still held back, mostly due to the fragile nature of quantum states of light. In many such applications, photons are sent through dynamically changing medium, such as Earth’s atmosphere, which degrades the system performance due to scattering and aberrations. Over the past few years, several approaches have been demonstrated for undoing the effect of scattering of single and entangled photons, by directly shaping their spatial distribution. In my talk, I will present an alternative approach, where rather than shaping the entangled photons directly, we tailor their correlations by shaping the wavefront of the bright classical pump beam that stimulates their generation. Surprisingly, the speckle patterns formed by the entangled photons are identical to those of the pump beam, thus allowing the pump beam intensity to be used as feedback for the optimization. Using this method, we demonstrate, for the first time, focusing of spatial correlation of entangled photons passing through a dynamically moving diffuser. 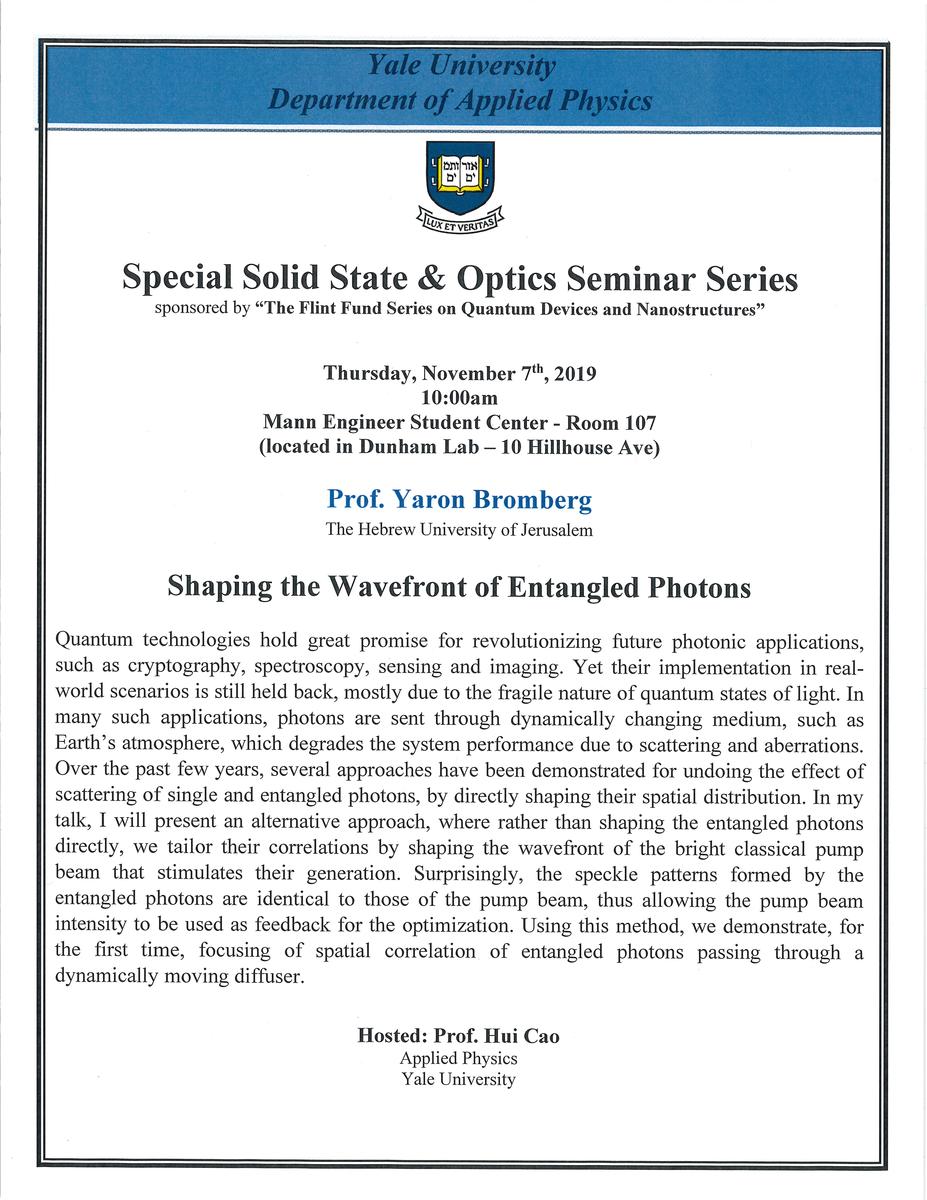