Recent years have seen a surge of interest in bringing the concepts of topological physics - which have had such powerful implications in condensed matter - to other domains. We investigate nonreciprocal and topologically protected transport of both light and sound at the nanoscale. We show how nano-optomechanical interactions and suitable symmetry breaking induce one-way propagation on silicon chips mimicking that of electrons in topological insulators. On the one hand, we directly observe photonic topological edge states in silicon photonic crystals at telecom wavelengths. These exploit spatial symmetry breaking to make photons mimick the quantum spin Hall effect, in a system that obeys time-reversal symmetry. We test topological robustness and the signatures of spin-orbit coupling in far and near fields. On the other hand, we create optomechanical systems in which time-reversal symmetry is broken through photon-phonon interactions. We demonstrate how the radiation pressure of a drive laser can be used to create synthetic magnetic fields for photonic transport, resulting in nonreciprocal function including isolation and circulation. We show how such principles can be extended to nanomechanical transport, and demonstrate the basic building blocks of an on-chip acoustic quantum Hall system. 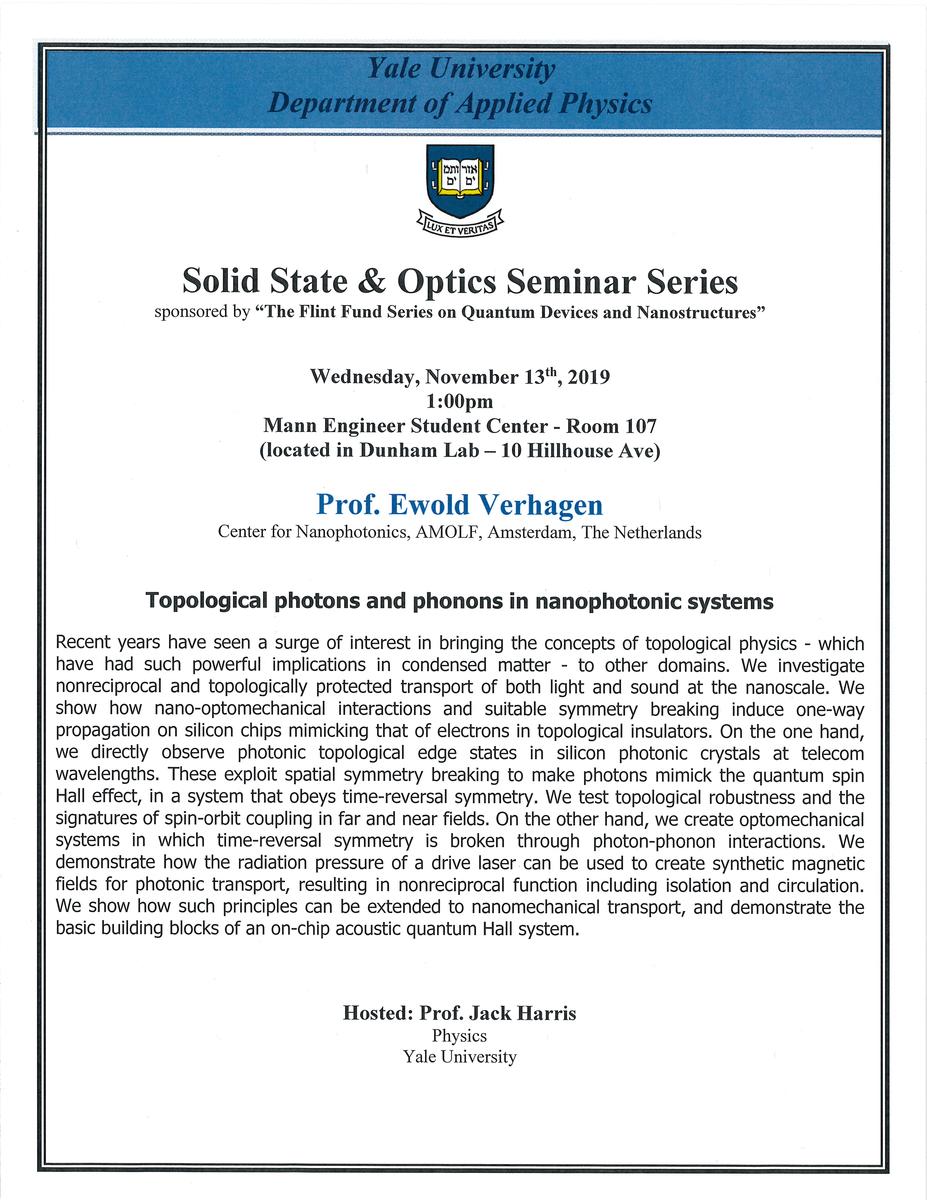