Biography: Yonit Hochberg is a theoretical particle physicist at the Racah Institute of Physics in the Hebrew University of Jerusalem. Yonit obtained her PhD from the Weizmann Institute in 2013. She was then a postdoctoral fellow at the Berkeley Center for Theoretical Physics and later an LHC Theory Initiative Fellow at Cornell. She returned to Israel as a faculty member in 2017. Yonit is an elected member of the Israel Young Academy of Science, and among other honors has recently been awarded the Bekenstein Prize of the Israel Physics Society and the Krill Prize of the Wolf Foundation. 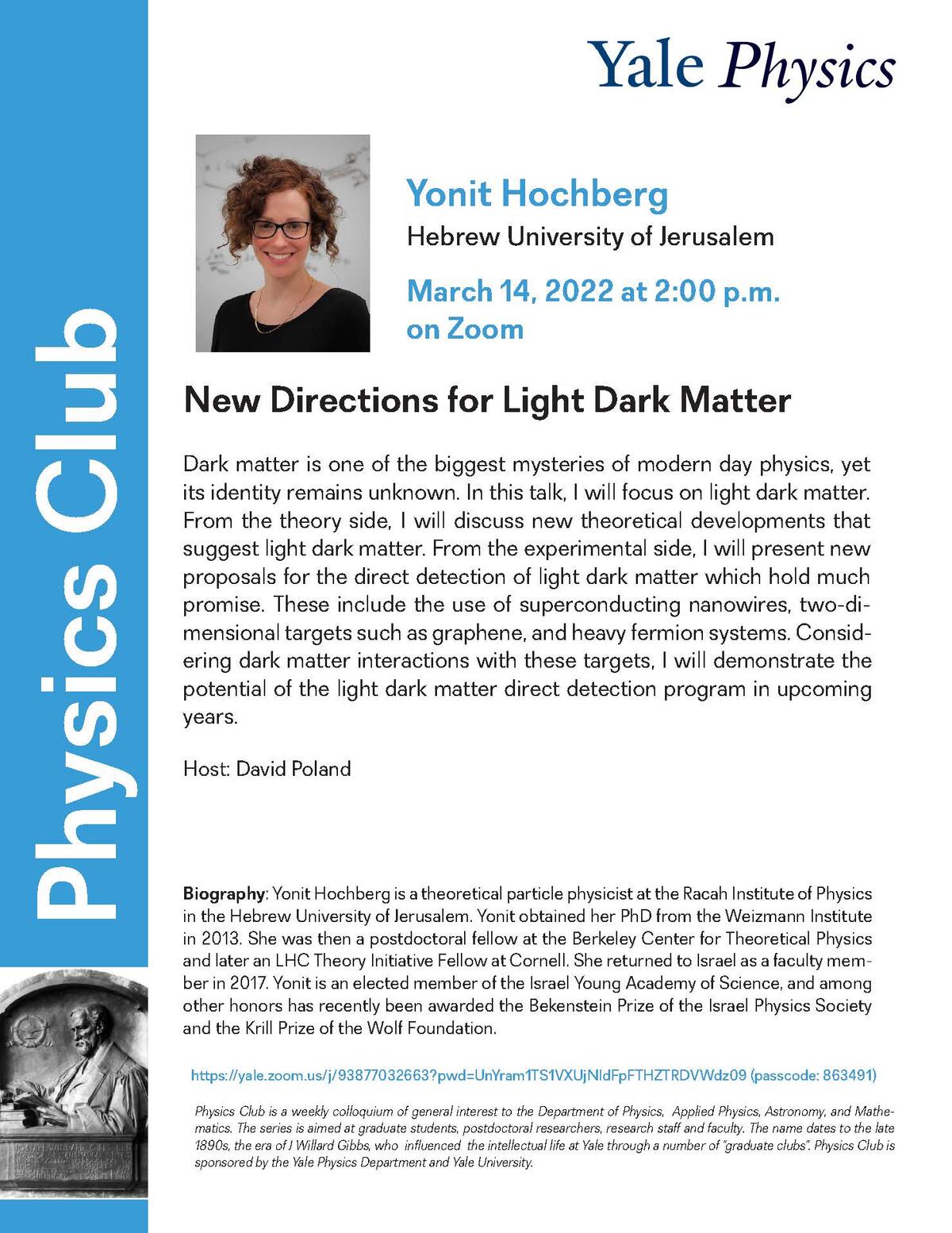