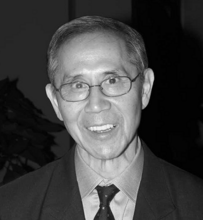 Prof. Richard K. Chang, a former faculty member of Department of Applied Physics, Electrical Engineering and Physics passed away in Singapore on February 16th, 2020. The Chang Family has shared the following message.

“We are deeply saddened to communicate the passing of our father, Richard Kounai Chang, at age 79, in Singapore on Sunday 16 February 2020.    (Services in Singapore February 21-22 — we hope to organize a commemoration in the USA at a later date)

Richard was born to a Shanghainese family in 1940 in wartime Hong Kong, then raised in Chungking, Shanghai, Tokyo, and São Paulo.   He went to the US for prep school at Stony Brook, then studied at MIT and Harvard for his Bachelor’s and PhD respectively.

Richard was introduced to our Mom (Sunny), then an undergraduate at Brandeis University, at Thanksgiving in 1958 at her family home in Flushing, NY.   Richard and Sunny’s romance then grew during their undergraduate years in greater Boston, and they married in 1961.  Children Kevin, Pang-Mei Natasha, and Pang-Yuan Nicole arrived in the following 6 years.

Dad and Mom settled in Hamden, Connecticut in 1966 when Dad began his academic career at Yale University as an Assistant Professor in Engineering & Applied Science.   He finally retired from Yale in 2008 as the Henry Ford II Professor Emeritus of Applied Physics.

Dad was diagnosed with early-onset Parkinson’s in his mid-50s but thanks to Mom’s tireless devotion and support, he courageously continued to live life to the fullest and even recovered from a near-drowning in July 2008.   Until a few years ago, they managed to travel the world regularly, visiting far-flung friends, family, former students, and new countries and cultures.

Our parents settled in Singapore (in the building next door to ours) in 2014 to escape the New England winters and get much-needed domestic help.  In this final chapter, Dad enjoyed great food, swimming, musical performances, and much time with our family, especially his two young granddaughters — and knew he was very much loved.   We are grateful for every shared moment and will miss him deeply. “