Topological states often arise in condensed matter systems because of the confluence of strong spin-orbit coupling and some fundamental symmetry (such as time reversal invariance). This can lead to electronic states in which spin and momentum are correlated. The notion of ‘topological spintronics’ began with the intuition that spin-momentum correlation in the helical Dirac surface states of topological insulators might be efficiently exploited for spintronic devices that rely on efficient spin-charge interconversion [1]. This talk provides an overview of the current state of this field which is a fascinating (and yet sometimes frustrating) mix of technologically attractive spintronic device performance and unresolved fundamental issues (such as the role of bulk-surface correspondence). By synthesizing epitaxial topological insulator/ferrimagnetic insulator heterostructures [2,3], we examine the optimal conditions under which efficient spin-charge conversion occurs in a topological insulator. We also discuss recent experiments that examine whether Dirac and Weyl fermions in topological semimetals such as Cd3As2, ZrTe2, and TaAs might provide an attractive route toward energy efficient spintronic devices [4,5,6].

This work is sponsored in part by SMART, a funded center of nCORE, a Semiconductor Research Corporation (SRC) program sponsored by NIST, the Institute for Quantum Matter under DOE EFRC grant DE-SC0019331, and the Penn State Two-Dimensional Crystal Consortium-Materials Innovation Platform (2DCC-MIP) under NSF Grant No. DMR- 1539916. 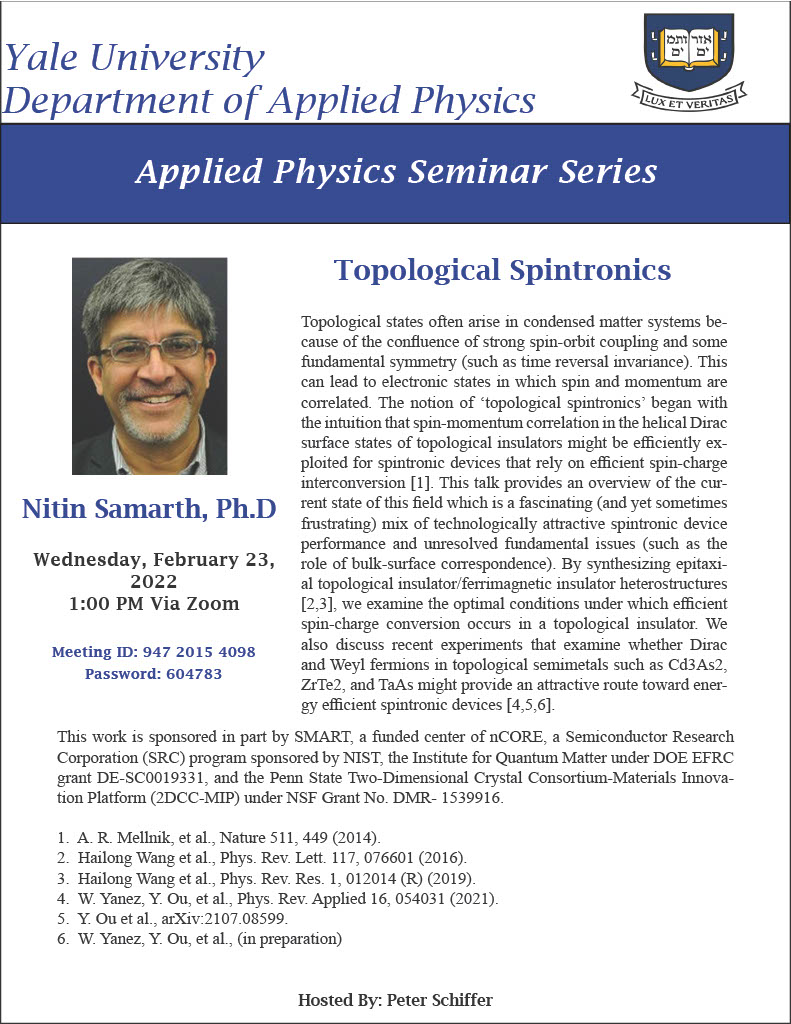