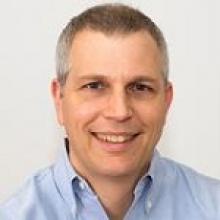 Sterling Professor of Applied Physics and Physics, and

Director of the Yale Quantum Institute

Schoelkopf focuses on quantum transport, single-electron devices, and charge dynamics in nanostructures. Broadly put, his research is concerned with quantum-effect and single-electron devices, both for fundamental physical studies and for applications. His techniques usually emphasize high-speed, high-sensitivity measurements performed on nanostructures at low temperatures. Our group has invented the Radio-Frequency Single-Electron Transistor (RF-SET), an electrometer capable of measuring sub-electron charges on nanosecond timescales, which places us in a unique position to study electrical transport at the single-charge level in a various systems. He is also developing new types of sensors and detectors which employ these capabilities.

Current research projects include the development of quantum-limited amplifiers and electrometers. Here he wishes to study the intrinsic noise sources, measurement back-action effects, and the optimization and performance limits of SET electrometers. Another project is aimed at developing ultrasensitive detectors of sub-millimeter radiation, which could be capable of counting single photons. A third active area is the dynamics of single-Cooper pair devices, or superconducting quantum dots. In particular, he wishes to generate and manipulate coherent superpositions of charge states in these devices, and understand the decoherence of these macroscopic “qubits.” The goal is to evaluate the potential of this nanoelectronic system for performing solid-state quantum computation.

In his work, he use several cryostats for low temperatures, including a dilution refrigerator capable of achieving about 5 mK, state-of-the-art microwave equipment for high-sensitivity measurements to frequencies of 40 GHz and beyond, a cleanroom with optical and electron-beam lithography, and systems for deposition of various metals.