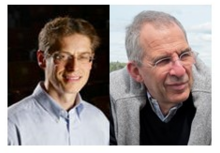 Yale University is among the key partners of the new Quantum Leap Challenge Institute for Robust Quantum Simulation, a multi-institutional effort supported by the National Science Foundation (NSF) that is focused on developing quantum simulation devices that can understand, and thereby exploit, the rich behavior of complex quantum systems.