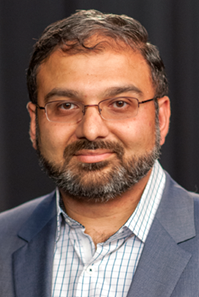 APS has recently announced the Society’s Spring 2021 prize and award recipients. Irfan Siddiqi, a Yale AP alumnus is among the recipients of the 2021 APS awards.

Irfan Siddiqi received a Ph.D. (2002) in Applied Physics from Yale University (Dan Prober as his advisor).  He then continued on doing his research at the Applied Physics Department as a postdoctoral researcher with Michel Devoret’s & Rob Schoelkopf’s groups. Currently, Irfan Siddiqi is a faculty scientist at Lawrence Berkeley National Laboratory (LBNL) and a Professor of Physics at the University of California, Berkeley. He is the director of the Quantum Systems Accelerator a US Department of Energy funded national quantum center led by LBNL, and the Advanced Quantum Testbed at LBNL that focuses on state-of-the-art superconducting quantum computing technologies.

APS Prizes and Awards recognize outstanding achievements in research, education, and public service. With few exceptions, they are open to all members of the scientific community in the US and abroad. The nomination and selection procedure, involving APS-appointed selection committees, guarantees high standards and prestige.

Irfan Siddiqi, University of California, Berkeley
For fundamental advances in superconducting parametric amplifiers, including the development of the Josephson traveling wave parametric amplifier, and for their application to quantum measurement and control.