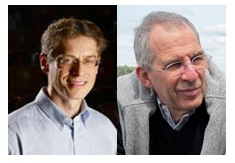 Batista is a member of the Yale Quantum Institute and the Energy Sciences Institute at West Campus. Collaborators in the new center are Michel Devoret, the F.W. Beinecke Professor of Applied Physics and Physics at Yale, Sabre Kais at Purdue University, Lea Ferreira Dos Santos of Yeshiva University, and Eitan Geva of the University of Michigan.